Check out A Look at Chef Event with Chef Sarah Wade

A young lady with local ties won the first round of the “Gold Medal Games: Frying” on the Food Network’s show Chopped, Jan. 2. Sarah Hutson Wade is the daughter of Lindel and Bunny Hutson of Edmond, Okla., and granddaughter of the late A.L. and Jean Hutson of Hardy. Sarah is general manager and head chef of a Boston eatery, Lulu’s of Allston. She has spent many years working in the restaurant industry, after graduating from Oklahoma State University’s Hotel and Restaurant management school. Read More Boston chef ‘out for blood’ on ‘Chopped: Gold Medal Games’ finale 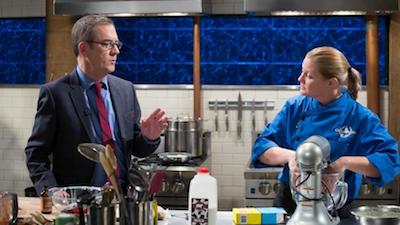 Sarah Wade wasn’t born in New England, but that didn’t stop her from bringing a Patriots mindset to the “Chopped: Gold Medal Games” grand finale. Channeling Bill Belichick’s “do your job” mantra, the Oklahoma native and executive chef at Lulu’s Allston tells Metro that she wanted to keep a cool, focused mentality going into the final round of the tournament, which airs Jan. 30 at 10 p.m… Read More

Thanks for sharing your story with us Sarah. So, let’s start at the beginning and we can move on from there. I Graduated from Oklahoma State University in ’05 and fell into a Banquet Chef position at the Renaissance Hotel in Houston, Texas. After a little over a year, I moved to the Renaissance Hotel in Charlotte North Carolina as the Sous Chef. After 2 years in Charlotte.. Read More 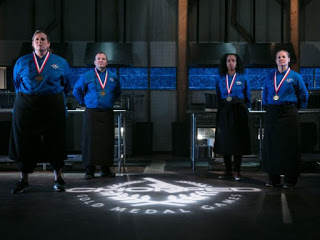